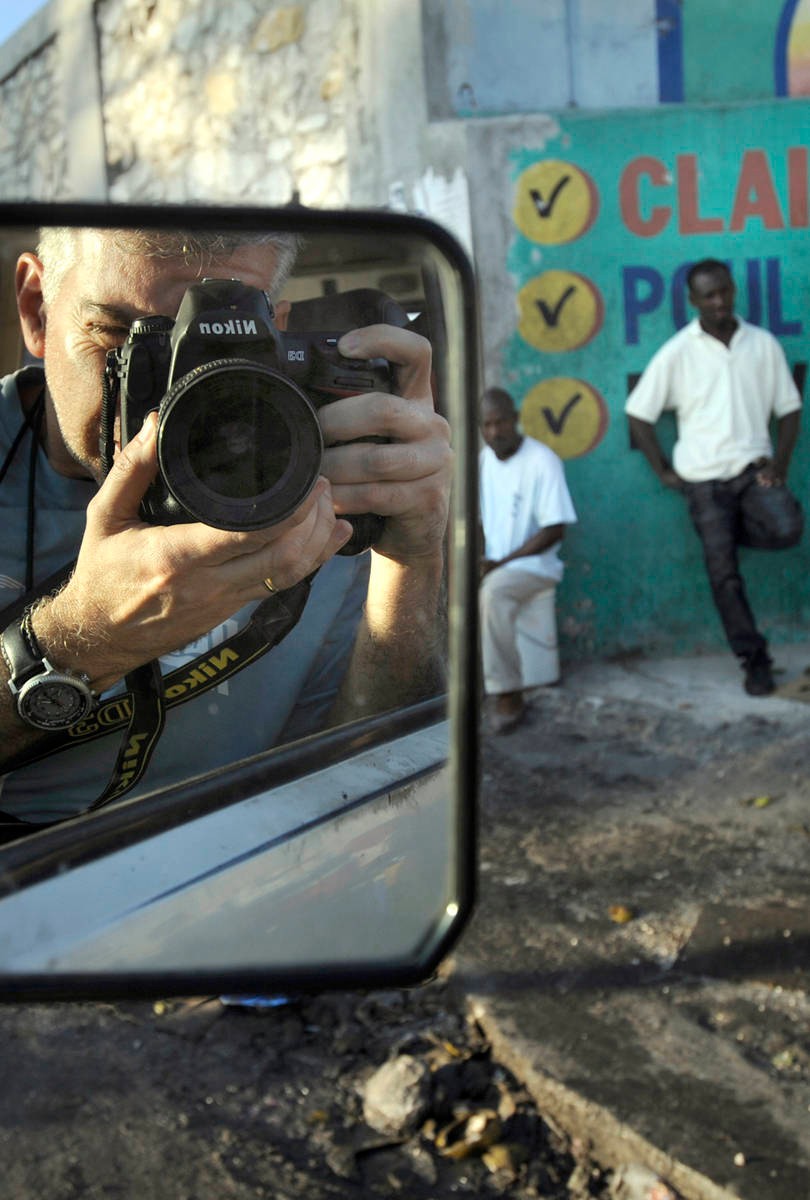 I am a passionate award-winning photojournalist, formerly with The Day in New London, CT. I have immersed myself in multimedia projects providing viewers with a rare insider's viewpoint of sensitive situations in a compassionate, ethical and story-telling manner. Subjects feel at ease, often forgetting they are in front of a lens due to my easy-going style and demeanor.

I thrive covering high profile stories many consisting of difficult and challenging scenarios. Examples include a dramatic New London police shooting of a suspect who allegedly stole an ice truck, rolling it over at a busy intersection. I arrived just as police began to approach the overturned, smoking truck with their guns drawn. Despite the chaotic ordeal I maintained composure capturing images exhibiting shell casings in mid air as police shot a man four times.

I was able to travel (via bus) into Haiti, despite the airport being closed, 12 days after the devastating 2010 earthquake. I was confronted with no running water or electricity, but managed to provide The Day with timely images with a portable satellite communicator. I gathered raw audio and captured images to produce an award-winning audio slideshow, providing viewers the agonizing human experience. Other projects include following a homeless man living under the Gold Star Memorial Bridge in a tent for almost a year, the rebuilding after Hurricane Katrina, gang inmates in Connecticut prisons, and a woman's journey as she discovers within days that she is pregnant and has breast cancer. I shadowed a local female boxer as she prepared for her first professional fight, capturing the sights and sounds of her victory, as well as a mixed martial arts fighter from the area.

Earlier in my career I photographed as a freelancer for the Metro West, in the greater Boston area, The Middletown Press, The Willimantic Chronicle, Hockey Digest and the New York Yankees’ Double A affiliate, the Norwich Navigators.

Besides being a photographer/photojournalist, I have a passion for audio, often composing digital soundtracks for slideshows. If not behind the glass, I can be found outdoors attempting to keep up with my 7-year-old border collie.